Once home to a thriving gambling industry, Turkey now has strict rules and regulations in terms of Turkey online casinos and gambling. This doesn’t stop the Turkish citizen’s thirst for online slots and other games, though, with many of the best casinos welcoming Turkish players with open arms.

An Introduction to Online Gambling for Real Money in Turkey

Online gambling is controversial in plenty of countries, but Turkey puts an extra effort into its restrictions. It’s a country that’s always been mixed with progressive and conservative views of the world, and with changes in the political system, we’re seeing a move in the conservative direction.

What does that mean for gambling at Turkey online casinos? Online gambling in the country isn’t something the government outright condones, and in fact, the Turkish authorities have come up with several laws around online gambling in Turkey.

Since these laws came to be, registering at online casinos in Turkey is near impossible, with the government placing pressure on financial institutions to prevent people from gambling online from Turkey and at offshore casinos.

That said, it’s not entirely impossible to play online casino games in Turkey. We’ve put together a list of casinos that accept Turkish players, along with a look at the rules and regulations, games and bonuses Turkish players need to know about.

When we review these sites, we check: 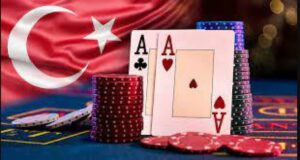 Both online and land-based gambling was banned by the Turkish government in 2007. There is one exception to online gambling, though, and that comes in the form of IDDAA – the state-owned sports betting organisation. The IDDAA is the only organisation legally permitted to offer access to any form of online gambling within Turkish borders.

Turkey has also made the decision to target players who break the law and as of 2013, the Turkish Banking Regulation and Supervision Agency has played a role in policing credit card companies and financial institutions that process payments for online casinos and players alike. If caught, players face heavy penalties while the casinos and complicit banks may well find themselves serving prison time.

Gambling laws in Turkey haven’t always been so strict. In 1984, it became legal to bet on horse races, and casinos were legalised in 1990. It wasn’t until 1996 that the first casino legislation was introduced when land-based establishments were permitted to just 8 hours a day of operation and winnings could only be paid by cheque.

In July 1996, the “casino king” of Turkey, Omer Lutfu Topal was assassinated. At the time of his death, he was worth about $1 billion in gambling ventures. As a result of his assassination, and as a way of cracking down on money laundering in the brick and mortar casinos, the Turkish government banned all forms of gambling. The legislation was hotly contended, though, and didn’t come into effect until early 1998. Ten years later in 2006, Turkey online casinos were banned.

Yet, gambling in Turkey isn’t entirely illegal. Besides the IDDAA’s sports betting offering, the Turkish government does run a state lottery that does extremely well, with some suggesting it may be the driving force behind the government’s attempts to ban gambling and privatise the lottery.

The authorities take a number of steps to enforce the gambling laws. One way they do this is by adding IP addresses that play at or host illegal casinos to a blacklist. Once on the blacklist, players cannot access the site unless they use a VPN.

Since most of the big gambling sites and bookmakers are blocked in Turkey, punters use a VPN to prevent authorities from tracking their IP address, giving them access to casinos not available in the country.

That said, there are a few offshore Turkey online casinos that accept Turkish players, offer local support and accept Turkish Lira, you just need to know what to look for. These sites are licenced in Curacao and Malta, which means they adhere to strict rules in terms of fair and secure online gambling.

Only Play At Legitimate Online Casinos In Turkey

Only Play At Legitimate Online Casinos In Turkey

To date, there are three types of legal gambling within Turkey:

As you can see, players have very few options to choose from and are at the mercy of the country’s odds provider. 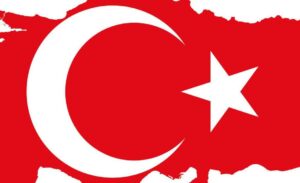 What About Taxation In Turkey?

Tax on sports betting is capped at 5% of your winnings, while it’s 7% for betting on horse races and 10% on all other games of chance – in other words, the lottery. Dare to play and win at illegal sportsbooks, and you’ll still need to pay taxes on your winnings or face prosecution at the federal level.

A Gauntlet Of Generous Bonuses And Promotions

When you play at Turkey online casinos, you can look forward to a wide choice of bonuses and promotions.

One of the most popular rewards for Turkish players is a welcome bonus. This package gives you a match deposit bonus when you make your first qualifying deposit at the casino. Sometimes the welcome bonus comes with free spins, too, and it always comes with terms, conditions and wagering requirements. 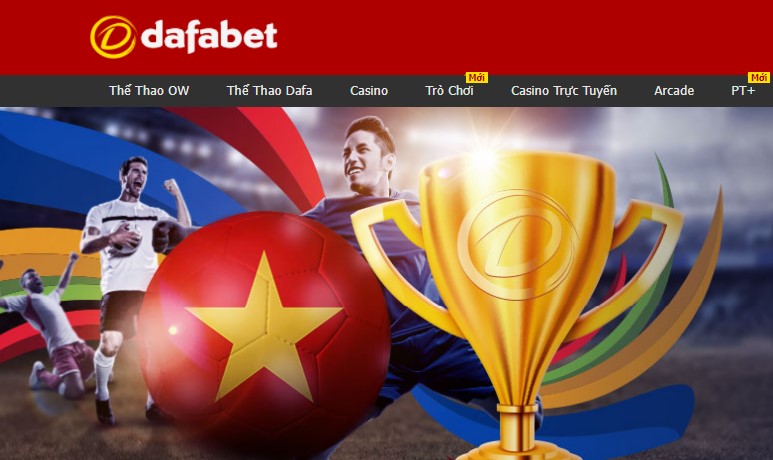 All the top Turkey online casinos also run loyalty and VIP programmes. The more you play at a casino, the more points you earn, which you can cash in for free spins and other rewards. 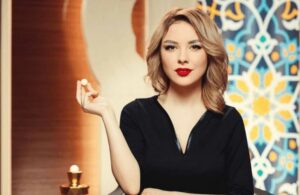 We’ve established that Turkey isn’t exactly a hub for casino developers or operators, so you won’t find a long list of local recommended providers if any. But players can still enjoy games from international developers, including big names like Microgaming, RealTime Gaming, Endorphina, Quickspin, Fugasos and Wazdan, to name just a few.

Turkey online casinos have a variety of quality games to choose from and some of the best RTP rates, too.

The Best Ways To Pay At Turkish Casinos

The Best Ways To Pay At Turkish Casinos

With such strict laws around Turkey online casinos, there’s isn’t a lot of banking options for players in Turkey. With banks blocking gambling transactions, residents need to make use of other payment methods. What’s more, while some online casinos do accept Turkish lira, with the complexities around online gambling in Turkey, most players need to exchange their lira before depositing to Turkish online casinos.

A great option for those wishing to play at Turkey online casinos is to transfer funds with cryptocurrency. You can remain anonymous and there’s no third-party tracking your transactions, as they’re all done via the blockchain.

More and more crypto casinos are popping up around the world as more gamblers wish to keep their casino transactions private. Many of the top online casinos that accept Turkish players accept crypto too, including Tron, Litecoin, Ethereum and Bitcoin. 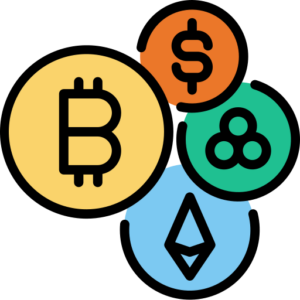 Casino e-wallets are a payment method that stores your funds in a personalised online account so you can make online payments to and from offshore and Turkey online casinos. All the casinos on our top list accept an array of e-wallet options, including:

E-wallet accounts are free to create, but you should always check if there are deposit and withdrawal charges and if your Turkish bank or credit card company allows you to fund e-wallets.

Many players prefer e-wallets as they allow you to make instant deposits to casino accounts and both e-wallets and cryptocurrencies are the fastest form of withdrawals when you want to get your hands on your casino winnings.

Play It Safe, From Turkey

Play It Safe, From Turkey

Since Turkey online casinos and gambling are prohibited in the country, problem gamblers may have to seek help in other countries, via organisations like Gamblers Anonymous.

Offshore casinos are big advocates of gambling responsibly, often dedicating a page to the matter where you’ll find quizzes and the like to help you determine if things are going pear-shaped. They also include tools you can make use of to keep things on track, such as:

Remember that you can only play at offshore casinos, which means you should always play at sites that are properly regulated, ensuring fair and responsible gambling every step of the way.

What Languages Will I Find At Turkish Casinos?

While a multitude of immersive games and lucrative bonuses are leading attractions at online casinos, language preferences are also a big deal.

Turkey online casinos, or rather operators offering their services to Turkish players, come with an array of language preferences, which means you can choose to play in different languages to suit you, including Turkish, English, Portuguese, French, Ukrainian, Russian, Hindi and Spanish. With so many options, you never have to miss out on the winning action.

This also means that you can seek help in your preferred language, should you need to contact the customer support team at your casino of choice. 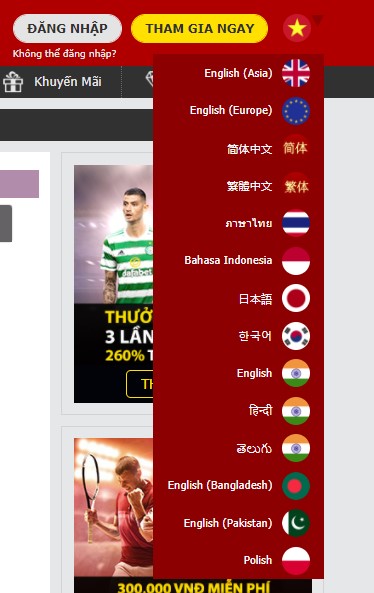 While Turkey online casinos don’t legally exist, there are plenty of overseas-based platforms that accept Turkish players and lira. Players from Turkey can choose any of the casinos from our top list of online casinos in Turkey and start playing their favourite games, grabbing bonuses and hopefully winning within a matter of minutes. 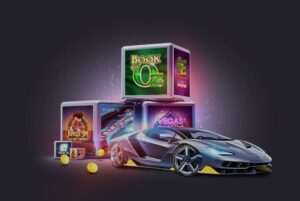 All of the game platforms that we recommend are fully licensed and regulated by renowned regulatory bodies, ensuring your deposits are safe, your personal information is secure, all the games are provably fair – and that the bonus terms and conditions are clear.

All you need to do is pick a site and get started – safely!